Spring in Houston still has its ways of surprising me. Not only for the beautiful flowers and smells, but also for the birds which yesterday decided to grant my busy-with-non-important stuff-day, with lessons learned from Nature LIVE!

Some weeks ago, a Bluejay female made its nest on one of the bushes in the yard. She would spend a long time there, sitting still, like she knew that’s the way it’s done.

Precisely, on April 29, I found out that the eggs had turned into that: 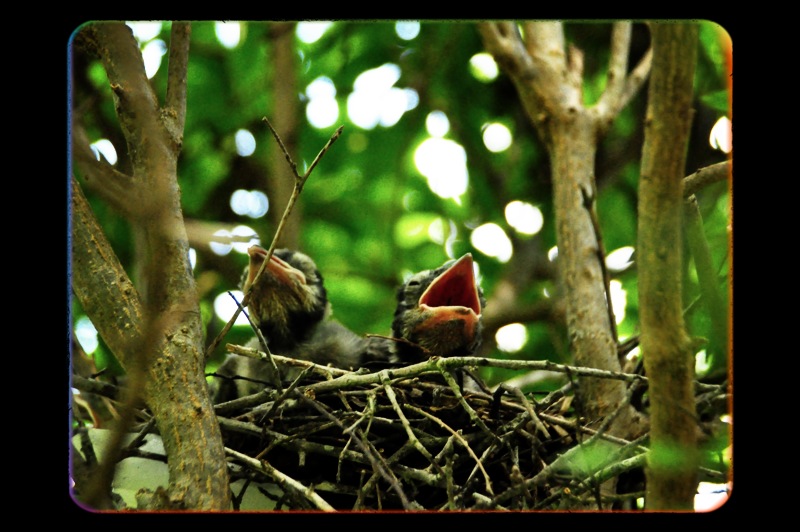 Yesterday evening, hot and humid and there was a groove in the house: 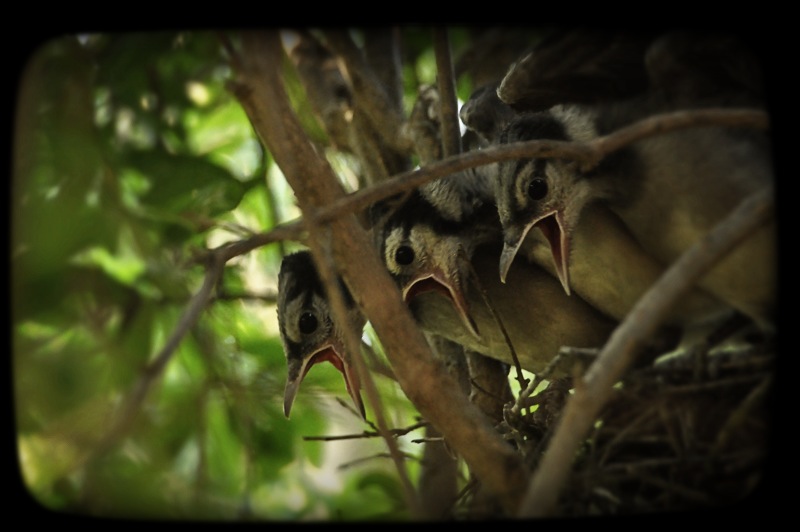 Bluejay mum flew over to the nest and instructed her little ones, which in silence seemed to be paying close attention to whatever she was saying.

That was when the braver, or more impulsive of the three – whether a male or female little one, I don’t know – decided to spread its wings and fly away.

And once from the nest to the closest branch, the rest became super-easy.
Look at where it ended up on the second try:

While the other two looked puzzled at their brother or sister, him or her seemed to be showing off the new skill, while at the same time, trying to encourage the other two. One of them made the fly. This one seemed a little insecure or cautious, maybe wondering if it was his hour, if whether he was prepared to do it…But he tried, he ‘did it his way’. There is always one that does it different. 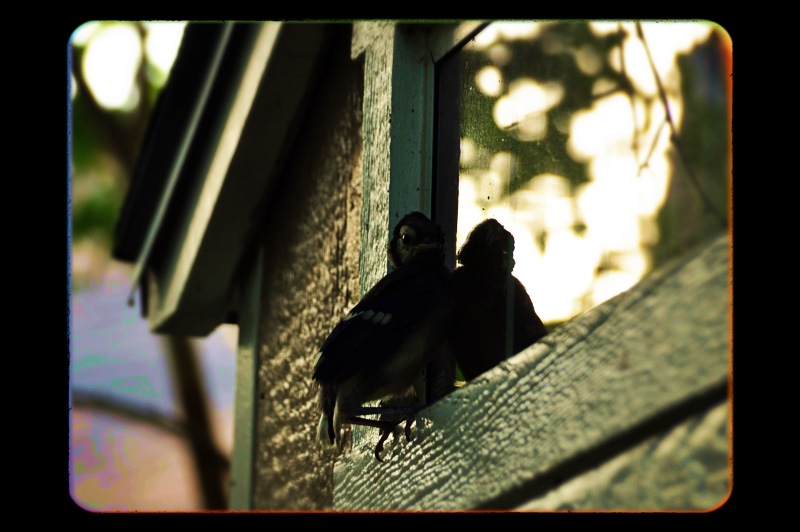 I stood there, watching him trying to get to a higher branch, but he fell to the ground. And while he walked on the grass, sometimes running to take flight, the parent birds were there, supervising it the whole time. When a squirrel passed by,  mum shoved it off the scene.

I’m not sure if it made it. The experts say that some of them simply don’t. I want to think that he did, at his own pace and time.

To finish this DIVINE episode, I got this shot, which says more than a thousand words.
Happy Mother’s day. 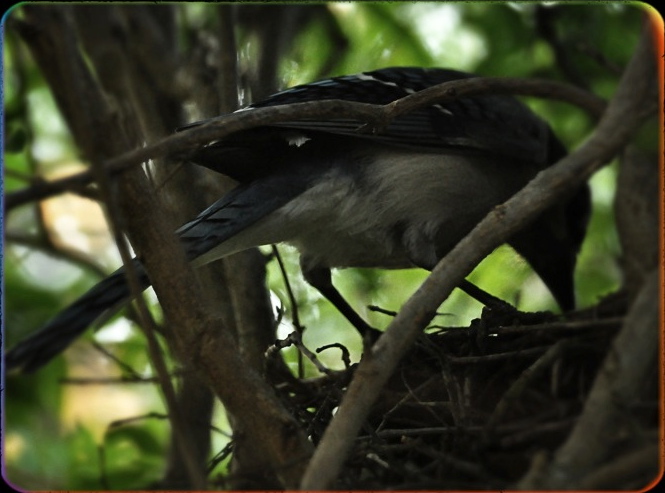 One thought on “ Lessons learned from Nature LIVE! ”

This site uses Akismet to reduce spam. Learn how your comment data is processed.